You are here: Home / News / Doyle looks for better relationships with Assembly 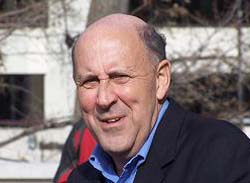 Governor Jim Doyle looks for a better relationship with the Legislature, especially the Assembly. Democrats gained control of the state Senate and picked up seats in the Assembly. Doyle said voters sent a message, "that the old kind of Assembly politics, of just having one party just roll over the other party . . . that's really not what people are looking for."

Asked specifically whether the absence of Speaker John Gard will improve the often contentious atmosphere in the Assembly, Doyle said Republicans will need to take a new attitude. "I hope people are going to work together, and try to find consensus," said Doyle, adding that he hopes we've seen the end of a style of leadership, and a culture in the Assembly, where the two parties fought with one another all the time.

Doyle said that he's "delighted" at the prospect of a state Senate controlled by members of his Democratic Party, and identified health care, improving K-through-12 education, and developing a balanced budget that does not raise taxes as key issues.