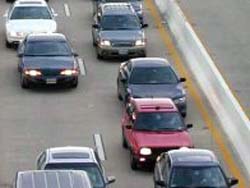 Wisconsin's road fatalities in 2006 — 709 people died in crashes on state highways — was 92 fewer than in 2005. It was also 10% less than the average number of deaths over the last five years. But Major Dan Lonsdorf with the state Bureau of Transportation Safety says it's still too many. “Unfortunately, so many innocent people are killed each year, by the unfortunate choices that others make,” Lonsdorf notes.

Lonsdorf says law enforcement can't take all the credit for last year's decrease, but that crack downs on drunken driving and the “ Click-It or Ticket ” campaign probably helped. Kari Kinnard, executive director of Mothers Against Drunk Driving in Wisconsin, says more needs to be done. “We definitely need to get a primary enforcement seatbelt law passed,” says Kinnard. “Also, sobriety checkpoints are a proven deterrent.” Kinnard says the fact that some 40% of the road fatalities were alcohol related shows that the state needs to get tougher on drunken driving.