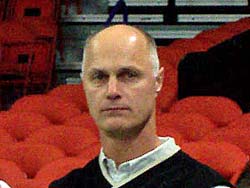 Borseth and his Green Bay Phoenix won a school record 29 games this past season, including 26 in a row.

His challenge is rebuilding a Michigan program which has been a consistent loser.  The Wolverines have dropped 20 or more games in each of the last three years.