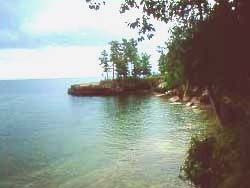 Ships from around the world enter the great lakes each year. Many of them are traveling from international waters, carrying cargo to US and Canadian locations. But Wisconsin Wildlife Federation executive director George Meyer says many of them are also carrying foreign species that have begun invading the Great Lakes, after ships illegally dump their ballast water and introduce them into the environment. This situation is how the zebra mussel and the fish-killing VHS virus are believed to have been introduced into the lakes.

The Wisconsin Wildlife Federation and conservation groups from five other states have announced their intent to sue the shipping companies, if they don't start complying with the Clean Water Act. The groups say they'll file a lawsuit in 60 days, if the EPA doesn't begin implementing a policy that requires ships to treat any ballast water they dump into the Great Lakes.

Meyer says the EPA has ignored the problem for years, despite the fact that a court struck down their former policy that exempted international cargo ships. He says they've been slow to react since that ruling nearly two years ago.

Several species already have a foothold in the Great Lakes, and some have even made their way to inland waters. Meyer says the longer the EPA waits to act only increases the risk that more invasive species will enter US waters.

Meyer says as long as the EPA delays action, the risk of invasive species to the Great Lakes will grow.