You are here: Home / Crime / Courts / Madison cops: no arrest in Nolan murder 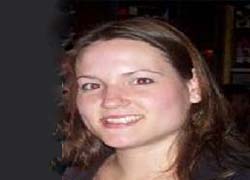 Madison police continue to get leads on the murder of Kelly Nolan. Madison Police Department Public Information Officer Joel DeSpain says the Dane County Sheriff's Department has been called in to help in the investigation, since Nolan's body was discovered a week ago yesterday in the Dane Co. Town of Dunn. That was more than two weeks after she disappeared June 23rd, following a night out in downtown Madison. At this point police say they have no suspects in the death of the 22 year-old UW Whitewater student. A $10,000 reward is being offered for information leading to the arrest and conviction of the person, or persons, responsible for Nolan's death.