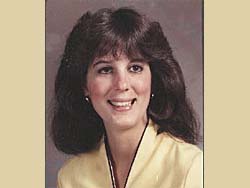 Thompson says Tate is with police at this time, although family will be going to pick her up.

Tate went missing a week ago Tuesday, after attending a prayer meeting in Madison. Police, family, and concerned citizens had conducted numerous searches for her and her vehicle in that time, with little progress. Dane County Sheriff's officials have not released any information about how or exactly where Tate was found, although they say she will be returned to her family very soon.