You are here: Home / Crime / Courts / Dassey gets life, possible parole in 41 years 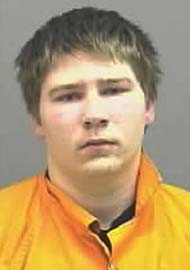 Brendan Dassey is sentenced to life in prison with the possibility of parole in 41 years. Steven Avery's 17-year-old nephew was convicted in April of helping his uncle shoot, stab, rape, burn and mutilate Teresa Halbach on Halloween of 2005. Mike Halbach, Teresa's brother, shows no mercy for Brendan Dassey.

This morning, Judge Fox set Brendan Dassey's parole eligibility date at November first of 2048 – when Dassey turns 59. Steven Avery was sentenced to life without parole in June. He's now appealing his conviction. The case made national news, because the murder came just two years after Avery was freed from prison for being wrongfully convicted of rape in the 1980s.