You are here: Home / Packers / Packers will release Underwood today 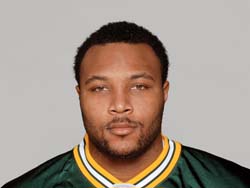 The Packers selected Underwood in the fourth round of the 2005 NFL draft out of San Diego State.

Underwood had an excellent training camp in his second season last year, until he tore the anterior cruciate and medial collateral ligaments in his right knee in the first quarter of last season's preseason opener at San Diego.

Underwood played in all 16 games for the Packers as a rookie in 2005, but he never appeared to be at full speed in this training camp.  By releasing Underwood early, the Packers are hoping he'll get a chance to hook on with another NFL team.