You are here: Home / Packers / Driver could play in season opener Sunday 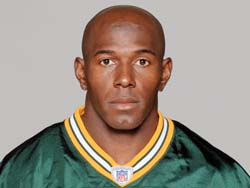 But McCarthy said Driver won't be fully tested until late in the week when the Packers will make a decision on his playing status for the opener against the Philadelphia Eagles.

Driver sustained an injury to his right foot in the third preseason game (Aug. 23) against the Jacksonville Jaguars and hadn't practiced since.  Driver wore a walking boot for several days following the injury.