You are here: Home / Packers / Manuel set to sign with Carolina Panthers 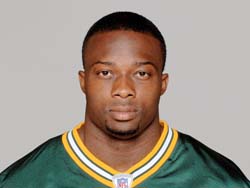 Manuel was released by the Packers over the weekend, after playing just two years of his 5-year, $10-million deal with the Packers.

According to the Charlotte Observer , Manuel agreed to a deal yesterday and is expected to sign it today.

Manuel became expendable after he was beat out for the starters job by Atari Bigby.