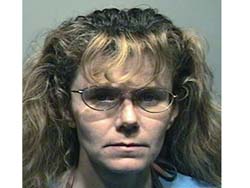 Murder itself is scary, but Dodge County authorities are concerned that the person who killed 39-year-old Laura Babe of Horicon was willing to sacrifice other lives to cover up her death. County Sheriff Todd Nehls says the fact that someone would set a fire to cover up what they did tells them a little about the kind of person they are looking for. He says after the Fond du Lac County Medical Examiner's office determined Babe died of blunt force trauma they suspected the fire in her unit at the Washington Street Apartments was set. Sheriff Nehls says the state Fire Marshal's office can't pinpoint an accidental cause, which leads them to believe it was intentional. Investigators are urging anyone who had contact with Babe in the 48 hours leading up to the September 6th fire to contact them. You can do that by calling the Sheriff's Department or 1-800-78-CRIME.