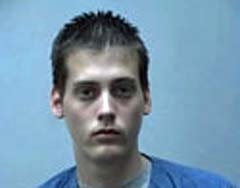 Campus police responded to reports of a suicidal gunman on the UW-Madison campus last night. Were lessons learned from Virginia Tech?

UW Police say yes.  For one thing at least two mass emailings went out to students and staff keeping them updated on the latest.

Campus police Sgt. Jason Whitney says they are still looking for the 19-year old man whose calls prompted the University Hospital and parts of the campus to go into lock-down mode last night.

The man police identified as Jesse Miller claimed to have a gun and wanted police to shoot him. He said he was on the parking ramp at the University Hospital.

But Assistant Chief Dale Burke says they have no idea if Miller was even near campus when he made the threatening calls. They are still looking for him to make sure he gets the help police say he needs.

Since the Virginia Tech massacre, Burke says they've been updating their emergency response procedures and one area they've been working on is communication redundancy. Making sure they get the word out through as many avenues as possible, the media, web site and email.

Although police are still searching for Miller, both the UW campus and University Hospital are open for business as usual today.