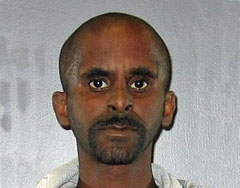 A New York Jets jacket is a key piece of evidence in the arrest of a Janesville, accused of the armed robbery of two Janesville teens and the sexual assault of the female victim. The robbery and assault of the two fourteen year old students took place after a high school football game Friday night and led to an intense one day investigation.

Deputy Chief Dave Moore said police used a search warrant Saturday afternoon and arrested 32-year-old Antonio Dallas Polland at a Janesville apartment. Moore said DNA evidence has been collected from the female victim and will be submitted to the state crime lab for analysis, along with several knives. Moore said detectives used photos of the Jets jacket, found at the scene, to make the arrest. Although she's not a suspect in the crime the woman who lived in the apartment was cited for obstructing an officer. Polland is being held in the Rock County jail.