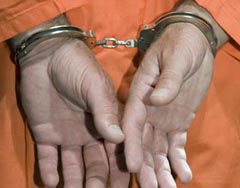 An inmate in the Manitowoc County jail is being charged with another inmate's death. Sheriff Robert Herman says a fight occurred Friday, during which 19-year-old Juan Jaimes struck his head on the floor and was injured. Jaimes was transported to Holy Family Memorial Medical Center and was later transferred to St. Vincent's Hospital in Green Bay, where he died on Sunday. The 22 year old suspect was scheduled for a court appearance on Monday.