You are here: Home / Packers / Lee gets extension in Green Bay 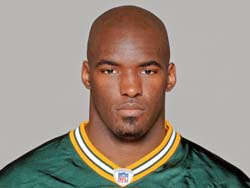 Donald Lee is getting four more years in Green Bay with the Packers .  The starting tightend signed a four-year extension worth $11.88 million on Monday.  Lee gets $3 million up front as a part of the deal.

Lee has 29 catches for 382 yards through the first 8 games of the season.  The 29 receptions is tied for second with rookie wide receiver James Jones in total catches.

Lee will soon surpass his previous career high in receptions.  He had 33 catches after the Packers selected him in the 5th round of the 2003 draft.