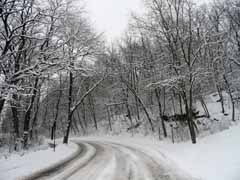 The new month should open with snow across much of Wisconsin. Weather Central meteorologist Brian Olson says the first day of December looks to be a snowy one, pretty much everywhere in the Badger state. There's a winter storm watch for all of Wisconsin, and Olson says that snow could change to freezing rain and ice pellets in southern Wisconsin, bringing the chance of downed tree limbs and power lines.

The winter storm is expected to roll into Wisconsin beginning mid to late Saturday morning. Olson says a second shot of snow could come next Tuesday and Wednesday, and temperatures should remain could enough to keep the snow on the ground at least through next weekend.