You are here: Home / Politics / Govt / Doyle previews State-of-the-State: A lot to talk about 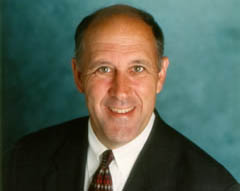 The Governor gets ready to address Wisconsin legislators and taxpayers.

Governor Jim Doyle will no doubt tout his accomplishments, but he realizes there's a lot to be done. On top of everyone's mind right now is the economy. Doyle says sacrifices will have to be made, but says he won't be asking for additional spending cuts just yet. He first needs to look at the numbers and work on a plan.

"When the economy slows like this, it's gonna be a real challenge."

Doyle says, although it will be tough on all of us, it is manageable. The governor won't focus solely on the economy during his speech.

Doyle is proud of his BadgerCare Plus Program, making sure all kids in our state have access to healthcare. That program takes effect February 1st. The Governor will also likely talk about a statewide smoking ban at his 6th State-of-the-State address.