You are here: Home / Recreation / Entertainment / Like it or not, DTV is coming 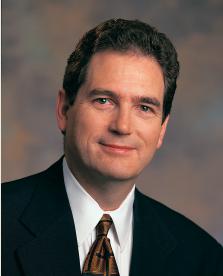 Industry insiders are going out of their way to inform TV viewers of the upcoming switch to DTV. Analog TV as we know it is about to die and, unless prepared with upgrades, TV viewers could be left in the dark.

The Wisconsin Broadcasters Association wants to make sure everyone in Wisconsin is aware of the inevitable move to digital television. Chair of the Board Doug Kiel, also Vice Chair and CEO of Journal Broadcast Group in Milwaukee, says he's excited about the change.

“Our biggest fear is that folks aren't paying attention to this because they look at their television set as kind of a utility, like they'll turn on the light switch the lights will go on; turn on the radio they expect the radio to go on; and one day they'll wake up and they don't have television.”

The Federal law mandating the switch next year will have a significant impact on about 23% of Wisconsin households. Many people already watch digital TV via their satellite or cable provider or with an HDTV set. But, if you rely on free TV, you'll have to get an analog-to-digital converter box in order to get a signal after February 17, 2009.

“Folks who are used to getting over-the-air free television and rely on it, not just for entertainment, but for news and information and for alerts when there's something going on in the community that's dangerous –floods – all the kinds of things that happen in the community … that they'll have access to their television. So they can rely on that to bring in the news they really need.”

Kiel says the new format allows them to broadcast with much sharper pictures, better color, better resolution, and better sound quality. And, he says, it also allows them to develop even more compelling programming on more free channels. To watch television on your current analog set, you must invest in a converter box, which will cost between 50 and 70 bucks. The federal government will issue 40-dollar rebate coupons for the asking. The easy-to-install electronic devise is a one-time purchase with no monthly fees. And, don't throw away your rabbit ears just yet.

NOTE: February 17, 2009, all full powered TV stations across the country complete the federally mandated transition from analog to digital broadcasting. WBA will be hosting DTV regional meetings around the state in March to get the word out to community leaders so they can help the residents.