You are here: Home / Politics / Govt / Will Assembly vote on smoking ban? 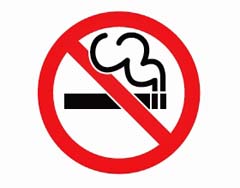 Advocates of a statewide smoking ban try a new strategy. With a deadlock in the state Senate and a little over three weeks left in the legislative session, an Assembly bill from Appleton Republican Steve Wieckert could get a floor vote in that chamber. Wieckert's bill would require bars and restaurants go smoke free by January 1st of 2009. Senate Majority Leader Russ Decker insists bars should be exempt from the ban until 2011. Decker would also allow separate smoking rooms for bars, and would make the state law preempt more restrictive local smoking ordinances. Wieckert's bill is scheduled for a public hearing next Wednesday before the Assembly Public Health Committee.