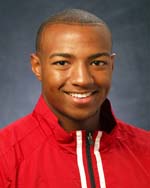 The Wisconsin Badger men's basketball team shot only 34% from the field, but they didn't need a stellar offensive performance on this day, cruising to a 51-34 win over the Michigan Wolverines in the Big Ten quarterfinals in Indianapolis.

The Badgers did outscore the Wolverines 24-8 in the paint and hit 14 of 17 free throws.

The Wolverines shot just 20% from the field and committed 14 turnovers to end their season at 10-22 overall.

The Badgers will play the winner of the Ohio State/Michigan State game at 12:40pm on Saturday.