You are here: Home / News / Davis Retires From Packers 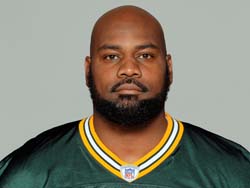 Packer long snapper Rob Davis has retired from football after 12 seasons in the league.  The last 11 seasons of his career were in Green Bay.  Davis played in 167 games, which is the third longest run in Packers history behind only Brett Favre (255) and Forrest Gregg (187).

Davis will immediatley move into the Packers front office as the team's Director of Player Development.  Tim Terry served in that role since July, with Davis assisting.

In a press release, GM Ted Thompson made the following statement; . " “We’re looking forward to having Rob evolve into his new role within our organization,” Thompson said. “He’s been a tremendous contributor as a player and I have no doubt that he will carry that commitment and enthusiasm to his position. He is someone who has always been respected as a leader and mentor in the locker room and we know that will continue.”