You are here: Home / Politics / Govt / On to Pennsylvania 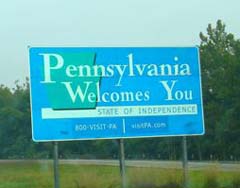 The delegate spread hasn't changed much, after Tuesday's contests in Texas, Ohio, Vermont and Rhode Island, so now it's on to the Pennsylvania Democratric Primary for Hillary Clinton and Barack Obama.

UW political scientist Charles Franklin, says Democrats in the Keystone State will have plenty of time to weigh the merits of the candidates. Wyoming and American Samoa have primaries between now and Tuesday, but there is no other action until Pennsylvania votes on April 22. The state has 158 delegates and 30 super delegates. As for John McCain, he may have less of a media spotlight, but Franklin says he can use the time to mend fences within the GOP, and raise money for his depleted campaign coffers.