You are here: Home / Badgers / Donovan signs with CFL 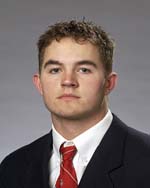 The former Arrowhead standout passed for 2,607 yards with 17 touchdowns and 11 interceptions last season, leading the Badgers to a 9-4 record.

The Journal Sentinel's blog says agent John Perla Jr. reports that his client will be one of four quarterbacks in Edmonton's preseason camp.