You are here: Home / News / Indiana to hire Crean as its head coach 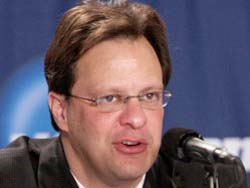 The Indiana Hoosiers, trying to dig out from an NCAA scandal, has hired Marquette 's Tom Crean as the school's next head coach.  The school is set to make it official at a news conference today.

Marquette now will begin its search for a replacment.