You are here: Home / News / St. Norbert's Coghlin is Div. 3 Coach of the Year 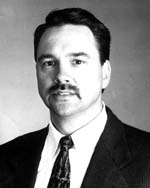 Tim Coghlin, who guided St. Norbert College to a 27-1-4 record and the school's first NCAA Division III Men's Ice Hockey National Championship, has been named the 2008 Men's Division III Coach of the Year.

After compiling the best regular season record in school history, St. Norbert made NCAA history by winning the championship behind back-to-back shutouts, 3-0 over Norwich in the semifinals and 2-0 over Plattsburgh in the championship game.  This had never been done before and their single loss on the season was the lowest of any previous NCAA Division III men's champion.

Coghlin has a career record of 322-92-35 in 15 seasons.  Coghlin also played on a Division III Championship team at UW-Stevens Point in 1989.  He was an assistant coach when UWSP won again in 1993.