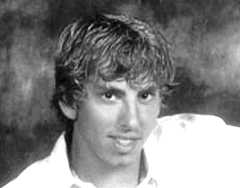 The Dodge County Medical Examiner's office has determined from toxicology results that Jesse Drews of Waupun died from acute ethanol or alcohol poisoning, after a night of heavy drinking to celebrate his 21st birthday. Waupun Police Chief Dale Heeringa says Drews was drinking at a Waupun tavern, Slammers, with friends. He died later that March morning at his parent's home. Heeringa says they've talked with several people who say Drews was served at the tavern before midnight and his 21st birthday.

The city attorney, Dodge and Fond du Lac County District Attorney offices all could become involved. Heeringa says they are considering what possible ordinance violations the bar may have committed and whether criminal charges should also be brought. According to the medical examiner's report Drews' blood alcohol level was .332, or about 4 times what's considered legally drunk.