You are here: Home / Politics / Govt / Keeping tabs on Barr 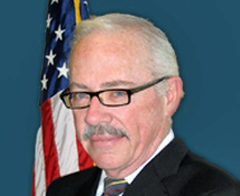 A former Republican congressman wants the Libertarian presidential nomination, and a member of the Wisconsin party believes he'd be a good pick for the nation's largest third party. Bob Barr brings a record in Congress and some fairly high name recognition to his bid for the party's nomination, but Tim Peterson, Fifth District chairman of the Libertarian Party of Wisconsin , says that doesn't mean a cakewalk for the former Republican from Georgia. “He's up against some tough competitors,” says Peterson.

There are no Libertarian party primaries, so Barr , who joined the party just over two years ago, will try to gain the nomination at the Libertarian's convention in Denver over the Labor Day weekend. There have been media reports that some Republicans urged Barr not to run. “I'm darned glad that they recognize that the Libertarian Party is a force to be reckoned with,” says Peterson, who notes that Libertarian candidates tend to draw voters from the two major parties in fairly equal numbers. Peterson says that while Barr was in Congress, he took a tough stand in the war on drugs, but since then has embraced the Libertarian message of individual freedom.