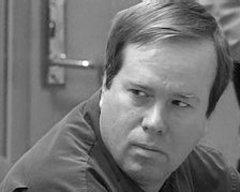 A killer is moving to Madison. That sounds sensational, but its true, and Mark Staskal's mom fears he'll kill again. An east side Madison neighborhood is set to be the new home for the Rock County man who fatally stabbed his sister 24 years ago, a man whose own mother says  remains dangerous. “I believe he will kill again,” Melly Staskal says of her son, who's being released to a halfway house , despite his mom's plea and warnings. “This is a really crucial time, because my guess is that the placement might occur in the first or second week in June, real close to anniversary date of the murder of our daughter.”

It was June 16th, 1984 when Staskal killed his 16 year old sister. Since then, he's been primarily at Mendota Mental Health Center in Madison. Earlier this year, he was supposed to locate to a group home in Eau Claire , but the community fought the move. Now, residents of Madison's Mifflin Street neighborhood will have a killer in their midst. Staskal says she loves her son, but he suffers from a mental illness and needs to be kept at Mendota.