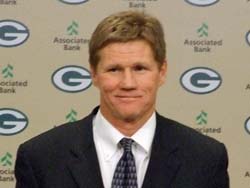 NFL owners, meeting in Atlanta today, have voted unanimously to shorten their labor agreement, meaning the current contract will end in 2011 instead of 2013.

The Brewers will send Manny Parra (1-2) to the mound against Pittsburgh's Paul Maholm (2-4).