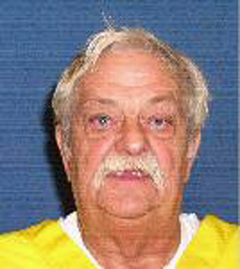 A convicted sex offender who walked away from a northern Michigan prison work crew more than 37 years ago has been recaptured in Milwaukee.

U.S. Marshals arrested 69-year-old Roger Allen Chipman outside his home on Wednesday. Chipman, who went by the name Roger Hansen in Milwaukee, has two past convictions for child sexual assault, one in 1978 and another in 1995, which earned him an eight-year prison term. Chipman lived in the Grand Rapids area in the 1960s and was sentenced in 1968 by a Kent County judge to 5-10 years in prison for indecent liberties with a minor.

Marshals in Grand Rapids began looking into Chipman's fugitive case in 2005 and sent his fingerprints to every state's fingerprint identification bureau. Wisconsin authorities discovered they matched those of Roger Hansen, who is on the state's sex offender registry.