You are here: Home / News / Hybrid cars a concern for the blind 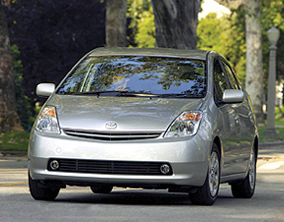 Hybrid cars are not only fuel efficient, they're also very quiet. For some people, that's a problem. "It sounds trivial, but it's really not," says Wisconsin Council of the Blind & Visually Impaired president, Chris Zenchenko. Zenchenko says the blind learn to pick up cues on traffic conditions at intersections by listening. "A car that I didn't hear at all could cause a great deal of confusion, or even cause me to make a mistake when crossing," he explains.

Zenchenko says recent incidents in Madison and Milwaukee have involved visually impaired pedestrians struck by what are being termed "quiet cars." Technology may offer a solution, in the form of a handheld receiver that might be triggered by a transmitter mounted in the vehicle. In the meantime, Zenchenko says he's glad the issue is getting some attention, perhaps increasing the awareness of visually impaired pedestrians among all motorists.