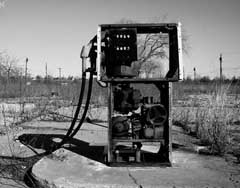 Congressman Dave Obey says the U.S. has lost a lot of time in the search for alternate energy. Speaking in Rhinelander, the Wausau Democrat said energy research budgets have seen cuts since Jimmy Carter left office Obey says we spent one-third to one-half as much in real dollars last year on energy research as when Carter was president. “If we had continued to invest at the level Carter asked us to over the last 25 years, we wouldn't be paying $3.75 for gasoline, and we certainly wouldn't be looking at a huge increase in energy prices this year.”

Obey calls for a crash program, but stresses that we will not fix problems overnight. “It's taken us 25 years to get into this damn mess, and it's going to take us about that long to get out,” he says, adding that “all of this talk about energy independence in the next five years is nonsense. It just isn't going to happen.” Obey says a more realistic goal would be to cut our dependence on Middle Eastern oil by 50 percent over the next 10 years.