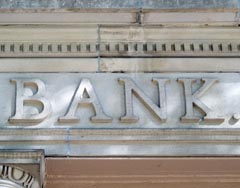 Bank failures on Wall Street will impact mainstreet. While most everyone's pocketbook has been hurting, experts say Wisconsin has it better than most other parts of the country.

Citizens State Bank of Loyal Chairman Gary Weirauch says the problems were predictable, as lenders enticed people to borrow beyond their means. “A lot of us were standing on our soapboxes, saying 'look people, don't look at rate, look at terms and conditions,'” says Weirauch. “Did anybody listen? No. When we said 'terms and conditions,' it was adjustable rate mortgages that gave them a come on rate for the first three or four years.”

Weirauch says Wisconsin lenders are “more conservative by nature,” and most aren't't directly affected. But, everyone is impacted when foreclosures flood the market, which could drop your property value below the mortgage amount. “If you went in and you bought at the height of the market, and you put your three percent on a WHEDA loan, you are probably under water today. And the same with the people that did the ninety-five percent ,” explains Weirauch. “We haven't seen the large plunge in real estate in this area like we have in some other areas (of the country) because we didn't get as excessively wild, from the standpoint of valuations. We didn't have a lot of 'funny' appraisals.

Why do banks go bankrupt? “Let's take a simple example of a $100,000 home loan,” says Weirauch. “You borrow 100% of that loan to someone, and then the value of that home drops to $80,000. Now we've got a $20,000 gap, and that comes off the bank's balance sheet. If you multiply that times hundreds of thousands of loans, like some of these large banks do, that wipes out that capital that they have.”