You are here: Home / Health / Medicine / Toking up in downtown Madison 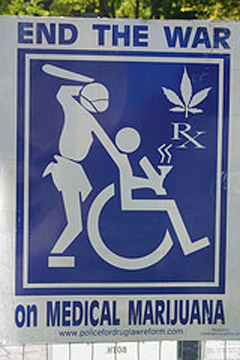 Organizers expect big crowds at a weekend marijuana rally that kicks off tonight in downtown Madison. It's the thirty eighth year for the Great Midwest Marijuana Harvest Festival, with a theme this year of working to legalize medical pot. “Saturday we're going to be at Library Mall all day, so we expect to see a lot of Badger fans,” says Gary Storck, one the event organizers. “We're going to have people speaking about medical marijuana and cannabis, and about how to protect yourself from an arrest. The fest culminates with a parade from the UW Campus to the Capitol on Sunday. Storck and other organizers expect thousands to show up — and some to toke up.