You are here: Home / Crime / Courts / Without a trace 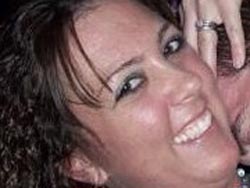 It's been a week since Alisha Sidie went missing . Officials say her disappearance is still an absolute "mystery." Despite media reports to the contrary, Sgt. Patrick LaBarbera of the Jackson County Sheriff's Department says investigators aren't even sure a crime has been committed.

On Thursday, officials described her ex-husband, Doug Sidie, as a "person of interest," but that seems more by default. "He is not a suspect," says LaBarbera. "Mr. Sidie has been cooperative with law enforcement to this point. He's made himself available, he returned our calls, he has been working with us and has been on the search. But . . . he is the last person to have seen Alisha Sidie."

Doug Sidie says Alisha left the home they shared in Hatfield Friday night at around 9 p.m. The two had an argument. Alisha's vehicle was at the residence, but she didn't take it. Alisha had been drinking, but it's unclear how much. The volunteer search was suspended Thursday, but not because of any new information. "We've been through this area so many different times," says LaBarbera. "Some areas have been searched twice, a few areas have been searched as many as three times. We've just exhausted all areas here. LaBarbera says three search and rescue teams and nine dogs have been deployed, yet "we're still pretty much at square one. We have no idea what happened toAlisha."

Search dogs followed Sidie's scent down some nearby railroad tracks near the Black River. The trail abruptly ended. "We've had divers in the water," LaBarnera says. And the yellow crime tape around Sidie's home? It doesn't mean detectives have found anything new. The home was the last place Alisha was seen and they don't want potential evidence contaminated. The 27 year-old Sidie is the mother of twin 2 year-old boys.

Sidie's ex-husband is in custody for murder. On Saturday night, her ex-husband Doug led investigators through a heavily-wooded area, to the place where he allegedly dumped her body. He’s being held without bond on possible charges of first-degree intentional homicide, hiding a corpse, and obstructing police. Jackson County authorities said a key witness provided a new tip on what happened to the missing woman.