You are here: Home / Sports / Former Madison Mallard headed to the pro's 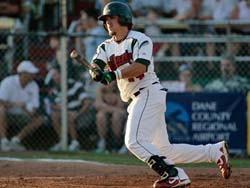 Outfielder Jordan Comadena (pictured), who played for the Madison Mallards from 2005 to 2007 and went undrafted out of Purdue last spring, was signed this week by the Houston Astros as a free agent heading into the '09 season.