You are here: Home / Business / Replacing closed supermarkets could be tough. 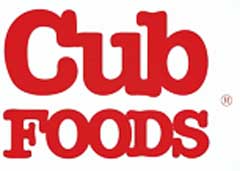 Residents of neighborhoods in three Wisconsin communities may need to get used to doing without a supermarket. Cub Foods is closing two stores in Green Bay and one each in Beloit and Madison. Brandon Scholz with the Wisconsin Grocers Association doesn't see other grocery firms lining up to fill those vacant stores. “If you want to look to put a store into a location that has previously closed, you're going to look long and hard at the reasons why that store closed,” said Scholz.

Scholz said consumers generally aren't aware of how competitive the grocery business is. 'The margins are razor thin. There's really not much for error, there's really not much room for downturn,” said Scholz. “If your customer base changes or the economy changes, that all affects your margin, and at some point, you're just not able to make a go at it.”

“You know, if you open a grocery store, and it doesn't go, it's not like you get your money back,” said Scholz. “It's a very tough business decision to move forward, to open a store. It takes lots of research, it takes lots of work. You've really got to understand who the customers are, and what it's going to take to get them.”

The Wisconsin Cub locations – and several others around the Midwest – will be closed by mid-March. The closings in Beloit and Green Bay will take Cub out of those markets completely, while two stores will remain open in Madison. Cub Foods is based in Stillwater, Minnesota.