You are here: Home / Politics / Govt / The "goodies bar" is closed 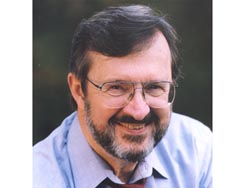 As states continue to offer long lists of projects they'd like to see funded through a federal stimulus package, Wisconsin Congressman Dave Obey (D-WI) warns against getting too greedy.

Obey says now is "not the time to be lining up at the goodies bar asking what's in it for us." He says it's time to realize the nation is in trouble and Congress needs to take the most effective steps possible to help revive the economy. Obey says that means focusing on job creation and ways to increase consumer spending.

The Wausau Democrat says lawmakers need to act quickly, and avoid drawing out the approval process. Obey says every month they delay adds the possibility of even more jobs being lost across the U.S.

Despite calls for rapid action, Obey says it's highly unlikely a stimulus package can be approved in time for President-elect Obama to act on right after he's sworn into office. He says it's far too complicated to hope for something before mid-February.

A stimulus bill could be introduced in Congress as early as this weekend.