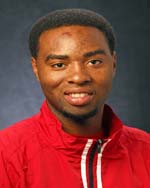 Marcus Landry scored 9 points, all in the second half to go over 1,000 for the season as the Wisconsin Badgers beat the Iowa Hawkeyes 69-52.  It gave the Badgers a .500 Big Ten record, improving them to 6-6.

Joe Krabbenhoft scored 16 points and Jason Bohannon added 15 to lead the way for the Badgers.

Landry became the 33rd player in Wisconsin history to score 1,000 or more points in a career.

The Badgers avenged a loss to the Hawkeyes, 73-69 in overtime back on Jan. 21 in Iowa City.

Listen / Download – Marcus Landry on being mentioned in the same company as Michael Finley and Alando Tucker. :18