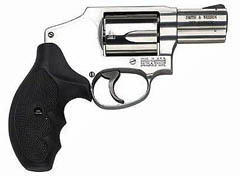 Another gun fight may be shaping up at the Capitol, this time over a new technology which proponents say makes it easier for law enforcement to trace guns used to commit crimes. Opponents charge microstamping is easily circumvented by criminals, and is little more than an attempt by anti-gun forces to tack more expense onto the cost of handguns purchased by law abiding citizens.

Microstamping uses a laser to engrave a microscopic marking onto a gun's firing pin and breech face. It's not easily thwarted, according to Rachel Rodriguez, legislative assistant to state Representative Leon Young of Milwaukee. "It's not as simple as some of the gun lobbyists try to make it out to be," says Rodriguez. "You can't just simply file down these numbers.

But state Representative Scott Suder of Abbotsford says microstampnig is easily foiled using common household tools – and then there's the cost. "It's going to increase the cost of handgun purchases by at least 200 dollars," says Suder, an assertion Rodriguez calls "completely ridiculous," citing a figure of six dollars per gun as more realistic.

Microstamping legislation, says Rodriguez, has been passed in California and Washington, D.C., with the support of law enforcement, although she says Milwaukee police chief Edward Flynn and Milwaukee County Sheriff David Clarke have yet to voice opinions on this proposal. Rodriguez says Young and other legislators plan demonstrations of how microstamping works. The bill  (PDF) is now being circulated for cosponsors.

"This is yet another anti-gun attempt to increase costs, using unproven technology to keep guns out of the hands of law abiding citizens, yet still allowing criminals to have those guns," says Suder.