You are here: Home / Business / Mass layoffs in Manitowoc 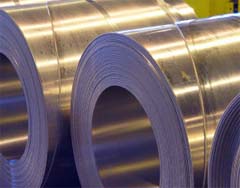 Operators of an aluminum rolling mill in Manitowoc have announced permanent elimination of 23 salaried and 63 hourly production employees beginning in May and continuing through July.

Bruckschen stated no union represents the affected employees. She said the company “will ensure that all terminated employees will be paid all earned wages and benefits upon termination of employment.” Bruckschen told WOMT that K&V employs 86 employees, 82 in manitowoc and-4 off-site.