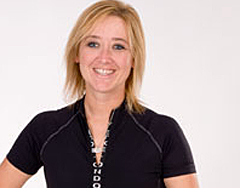 We first met Michelle Alswager and her then seven-year-old diabetic son Jesse in 2004 at the state capitol with Governor Jim Doyle. Alswager blamed then-President George W. Bush for stifling the possibility of finding a cure for her son's disease.

The day this Madisonian has been waiting for … is here. "Well it's a great day for all of us who are affected by diseases that could benefit from stem cell research."

Jesse was diagnosed with Type 1 diabetes when he was three. Since that time, he and his mother have actively worked to bring more attention to the issue of juvenile diabetes, and the need for funding.

Alswager had said Bush was "holding their hope hostage." She says, "To me this decision … I don't know what other words to say other than 'a no-brainer.' I mean we were all just waiting for George W. Bush to be out of office so the right decision could be made."

There are many complications that go along with the disease, and Alswager does not want that for Jesse, now 12 years old. Says minimizing complications is not good enough, she wants a cure.

In her effort to raise awareness, Alswager has been working on a documentary called, " Triabetes ," in which she follows several people with Type 1 diabetes who complete the Ironman. "I wanted a very clear message to people who are recently diagnosed that they could do anything that anyone else can do. They just have to manage it a little better."

The film could be released in April.

Wisconsin Right to Life says our tax dollars are being used to destroy living human embryos.