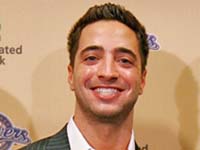 The Brewers fell to the San Diego Padres 6-5 in Cactus League action last night and Ryan Braun suffered another injury.

Playing in just his 2nd game since returning from injury, Braun left last night's game with a right thumb contusion after misplaying a line drive in the first inning.  Braun left to have the thumb x-rayed and is considered day to day.

Braden Looper pitched four innings and allowed four runs, 2 earned, in the loss.  Looper is expected to start the season as the 4th starter in the rotation and is scheduled to pitch the home opener on April 10th against the Cubs.

Dave Bush (3-0) pitches for the Brewers this afternoon against the Arizona Diamondbacks.