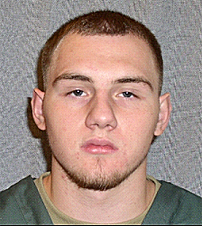 "By helping with the strangulation, holding him down, and several other things, which of course, is a crime. So, we take that very seriously."

"Well, I don't know what the motivation is to assist in a suicide. There was some mention that the cellmates may have made a suicide pact. You know, 'I'll help you and after you're dead I'm going to kill myself.' Of course that didn't happen."

Walters faces a maximum sentence of six years in prison and $10,000 in fines if convicted. Nehls says it doesn't seem like enough.

"To assist another person in a death and leave that person hanging there for an hour while you laid in your bunk before you alerted the correctional staff is very disturbing to say the least."