You are here: Home / Politics / Govt / Cowles: take non-fiscal policy out of budget 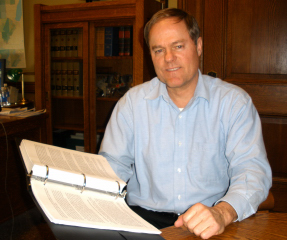 One state lawmaker continues his effort to remove policy items from the state budget and consider them as separate legislation.

Green Bay Republican Rob Cowles says throwing all "this stuff" in the two-year budget plan is a slap in the face of Wisconsin citizens. He says the policy needs to be scrutinized and discussed separately by our elected officials.

"They can say, 'Well, I had to vote for the budget, and that thing was in there but I was against it.' No. That's not the way our democracy should work. Every one of these policy items people should be voting up or down separately. And it's just a rotten way to run things. When Tommy was governor I criticized it, McCallum, and now this governor. And this governor has taken it to the Nth degree."

Cowles says these non-fiscal policy items are diversions and need to come out of the budget. "There's a lot of really big stuff in here — welfare reform, huge changes; truth-in-sentencing; major items that would take weeks, if not months, to debate and make sure it's done — just tossed in the budget."

Cowles says the governor "doesn't respect the legislature," and wants to pass everything with one vote rather than work with the people item by item.