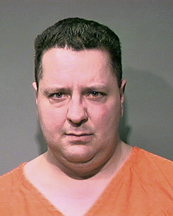 Klein says there were 23 weapons, which included four handguns, six shotguns, and some assault-type rifles, including an M-1 and an SKS, similar to a military assault rifle. There were also thousands of rounds of ammunition, and a number of police scanners throughout the home.