You are here: Home / Crime / Courts / Arrest in murder of high schooler 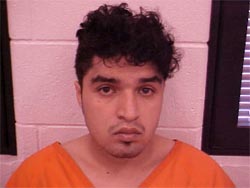 A 22-year-old Wausau man is in custody on suspicion of killing high school senior Breanna Schneller this month.  Raul Ponce-Rocha is in jail on an immigration hold pending an initial court appearance Wednesday afternoon.  Police Chief Jeff Hardel says they have several pieces of evidence linking him to the 18-year-old's murder including preliminary DNA evidence and surveillance video of him in the area.

Ponce-Rocah admitted to police he was in the parking lot outside Schneller's apartment when the murder happened to pick up a co-worker but denied any involvement.  Hardel isn't sure if other people were involved. Detectives are still trying to establish a motive for why Ponce-Rocha allegedly killed Schneller, including the possibility that the crime was sexually motivated.

Schneller was stabbed and beaten repeatedly in her apartment May 2nd.