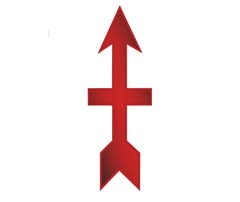 A group of Wisconsin soldiers is helping to keep Baghdad's International Zone safe as part of a year-long deployment to Iraq. Lieutenant Colonel Tim Donovan is a member of the Wisconsin National Guard's 32nd Infantry Brigade Combat Team, the Red Arrows. He's serving in Baghdad. "The 32nd Brigade headquarters is now responsible for administering and securing the International Zone in Baghdad, says Dononvan. "That's a pretty enormous responsibility, one we're all looking forward to having. It's going to be a high visibility mission."

The 32nd Brigade, Donovan explains, has been reorganized into 27 company sized contingents, all on duty in various locations around Iraq. Donovan says his unit is helping prepare the Iraqi military to take over security of the international zone. He says the more than three thousand soldiers from the 32nd are serving throughout the country, including a contingent at the massive Victory Base complex at Baghdad's international airport.

Donovan says the Red Arrows' deployment "is going to make a difference in how successful our operations have been in Iraq over the past six plus years, as we work over the next eight months to transition more of the International Zone from U.S. over to Iraqi control. We're pressing forward with the mission to turn Iraq's future into Iraq's own hands."