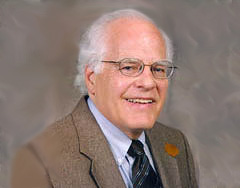 A Wisconsin icon is calling it quits.

He's been the go-to guy for decades, exposing rip-offs and harmful practices. After 18 years as spokesman for the Wisconsin Department of Agriculture, Trade, and Consumer Protection , Glen Loyd is retiring.

Although he'll miss the job, the lifelong consumer advocate guarantees he'll be having even more fun with his family. Loyd has two grown children and four grandkids living in the area.

"And you know the great thing about kids is that you can goof off with them like you were a kid."

Loyd has been keeping consumers informed for more than 40 years, getting his start as a reporter in Chicago shortly after college. He had written an article about how they were using sprayed asbestos while building skyscrapers.

"This was before the danger of asbestos was widely known. As a result of that story … sprayed asbestos was prohibited from being used in Chicago."

The scam-buster reminds us, even though he's retiring – just months before his 70 th birthday, the Consumer Protection agency has a hotline we can call to speak to a real person about our concerns.

"So, if people have consumer questions or they want to file a consumer complaint there are always people to talk to at Consumer Protection at 1-800-422-7128."

Loyd was a consumer advocate from the very beginning. The Wisconsin Broadcasters Association Hall-of-Fame inductee (2005) recalls when he moved to Green Bay in 1971, he sued several companies.

"I personally sued a number of paper makers and meat processors and also Green Bay Metropolitan Sewerage District for polluting the air, and as a result the air in Green Bay was cleaned up."

We needn't worry about con artists taking over in his absence; Loyd assures us that his colleagues are the ones who really do all the work.

"Many times I've been the face of Consumer Protection, but the people that do the real work are still here and are doing a good job."

Loyd has had a great career, promoting the state's No Call list for telemarketers, ensuring consumers that our produce and gasoline wasn't being inappropriately weighed, examining charities, warning us of traveling sales crews and keeping an eye on our wallets and pocketbooks. The trouble-shooter credits much of his success to the very people he helps.

"I don't know anything unless a consumer tells me. So we appreciate the consumers that call up, file a complaint, and let us know what's happening. Often it's too late to help them, but they want to help someone else."

Loyd says he'll certainly miss the job which brought him a lot of excitement. But, he does take pleasure in keeping his blog up-to-date because, he says, it forces him to learn about the latest scams and gather information to help people.

Loyd says enjoys updating his blog so much that he'd do it even if he had just a few visitors, but as it turns out, he's got a great following – more than 40,000 page views so far, and it averages more than 16,400 page views a year.