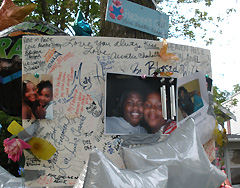 The recent deadly crash in Madison has people wondering why it had to happen.

There's a reason it's not being called an accident. The combination of many factors resulted in the crash that involved six kids under the age of 16, distractive driving, speeding, driving without a valid driver's license, no adult supervision, a stolen vehicle, and fleeing the scene of the crash.

"It's just a tragedy that so many people got into one car and something bad happened to all of them.

Major Dan Lonsdorf with the Safety Bureau of the Wisconsin Department of Transportation says, in similar incidents, the teens make the choice to get in the car and get behind the wheel.

"They can get access to a car no matter how old you are … we see it all the time."

How can we prevent this type of tragedy from happening again?

Lonsdorf says education is important and these kids were too young to have the know-how to drive, personal responsibility is key in safe driving, and he says role models and parents need to lead by example.

"On the highway we stop soccer moms with a car full of kids going way too fast down the highway … and we see a lot of parents not wearing a seatbelt. Children notice those sorts of things."

NOTE: A 14 and 15-year-old were reported to have been fighting over control of the steering wheel of a stolen car they were driving in Madison last Friday night just before the fatal crash. One girl was killed, two critically injured. Seconds before the crash a police officer had warned them to slow down.